Proxmox isn't for you

...if you aren't a data center selling VPSes for your clients, or if your workload isn't tailored for VMs.

Everyone uses Docker nowadays, but Proxmox doesn't natively support Docker. But you do have three different solutions on how to run Docker in it.

I always thought that this was a super wtf move, "why wouldn't they support Docker? Everyone uses it nowadays!"

And recently, after using Proxmox since 2017... I understood why.

Keep in mind that I'm not a sysadmin that wants to manage a fleet of VMs, I'm a developer that wants to run my applications. I started using Proxmox because mmolitor87 on /r/admincraft recommended me to use Proxmox because "it makes your life sooo much easier since you can containerize your Minecraft servers!"

So in the beginning, Proxmox was pretty nice! I could containerize my Minecraft's servers into different LXC containers: BungeeCord, Lobby and Survival, sweet!

But tech stacks change, and after so many years using Proxmox, my workload has since shifted from mostly LXC containers to Docker containers, rarely touching VMs, making my Proxmox experience go from "fun!" to hell on earth, and only recently I found out that maybe Proxmox wasn't meant for me.

Proxmox's target demographic isn't "people that want to run Docker containers", Proxmox is tailored for people with mostly VM workloads (example: you are selling VPS on your data center) that are running their own data center (so they have separate uplinks for private network X public network). This is what Proxmox (the company) focuses on.

...and then we have home labbers, which it is technically your own smol data center, heh.

In the data center demographic, it makes sense why you wouldn't want to run Docker on your hypervisor: Are you going to run untrusted client code in your hypervisor? Are you crazy??

When you look at Proxmox, you think "wow such nice features!!" but...

I was having too many issues with it, the most recent one is that any DDoS attack on my dedi server that saturated the entire bandwidth caused corosync to simply stop working and use 200% CPU on every node.

And it gets even worse! Every node stopped being able to communicate between each other until I restarted all dedicated servers. Yes, even if the dedicated server didn't have anything to do with the attack, it got the good old "no quorum???".

Why don't you quorum with some bitches then /s 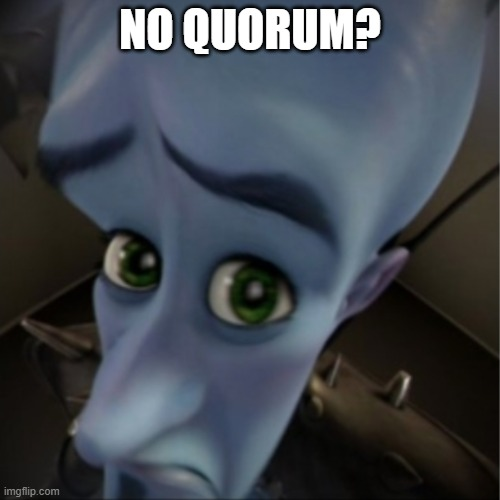 Thanks Napstr for the meme

I got so fed up with this that I've just decided to remove the nodes from the cluster, so I don't need to restart all dedis just to fix this issue.

After that last issue, I made the decision to migrate my dedicated servers to Ubuntu Server. Most of my workloads in Proxmox were already Docker containers within LXC containers anyway, and for anything stateful I can use LXC containers in LXD, or even QEMU VMs in LXD.

If you are planning to use Proxmox, first analyze what workloads are you going to run:

Nothing in Proxmox has a special magic sauce that makes it tick, LXC containers and QEMU are available on every Linux distro, so if you aren't used any of the advanced Proxmox features that requires Proxmox, just go with a normal Linux distro.